Hyperbaric Oxygen Therapy
A yearling colt injured his left hind leg in a trailer loading accident. When the colt arrived at Dean’s List Thoroughbreds, Dr. Jean White was contacted from the Equine Hospital.

Dr. White prescribed Hyperbaric Oxygen Therapy (or HBOT) at The Sanctuary Sports Therapy & Rehabilitation Center for the colt. The colt was being treated with 17 cc of Gentocin once a day intravenously and 15 cc of Penicillin twice a day intramuscularly. The colt’s leg was wrapped with Xerform pads which contain Bismuth Tribromophenate intended to fight infection. He received EIGHT HYPERBARIC OXYGEN TREATMENTS in two and half weeks.

Upon his final treatment it was decided by the owners and trainer that the colt would heal sufficiently on his own. 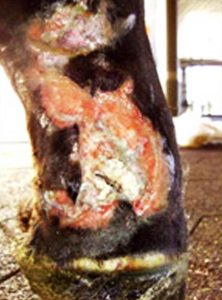 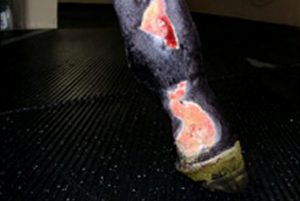